Ton up at Shannons

One of the Clubs I am member off was running a match there so I thought I would give it a go.

I had a trip down Stones, on the Isle of Sheppy cos I am fishing the festival there next month and wanted to have a go on the Old Specimen Lake.

I arrived and had a chat with my mate Dave who is working there now about how it is fishing and decided to fish the top end of the lake near the car park.

It turned out I didn’t learn a great deal in preparation for the match as I caught on most things I tried. One a bung on pellet shallow. One a bung on paste. One a bung down the margins!!! The fishing was excellent and I must have put 150lb of fish in the net that included some nice skimmers caught on 8mm hard pellet 12in deep!

There is a decent tackle shop on site selling food, drink and bait so it is well worth a visit.

Now off to Hartleylands for a serious match.

I was invited to fish a 40 pegger down Hartleylands fished on two of the lakes, the Reservoir and Pear Tree. 10 top rods from the Midlands had been invited to fish including Neil McKinnon and a few others from the SBS sponsored team whom names I was not familiar with. They were all to fish the Res and I was hoping to be on there too and have a crack at beating them. Another reason was to break my jinx on the lake and try to put together a good net of carp.

My luck was in and I pulled out a peg on the Res, a bit too far into the corner for my liking so it restricted how far I could fish out, but there was a nice ripple on the water and the wind was blowing towards my side of the lake.

The bait I had with me for the day was 10 pints of 8mm pellet for the waggler and some 6mm expander pellet and paste to fish on the pole. That was it as I didn’t think I needed anything else apart from my secret weapon, a few chum mixers.

Tactics for the day are simple too, a margin rig with one of my homemade diamond floats attached to a 14 hook and 0.16 trace. A on the deck rig to fish at about 4 meters with the same hook, line and float combination. Two waggler rods were set up too. One to fish shallow at 2ft or less with a 5AAA Styro, the other had a 4g Drennan Crystal pellet waggler float which is longer and slimmer for fishing up to 6ft deep-shallow.

At the start of the match I fed a few 6mm pellets by hand at 4 meters and down the margins, also feeding out at about 20 meters with 8mm pellets to prime the waggler swim. I went straight in with the 4 meter rig on the deck and hooked a carp within a few seconds, and then the hook pulled out! I had a few skimmers on that line and after about half an hour had the first carp of about 4lb. I gave this line another half an hour with no more carp so thought it was time to have a look on the waggler where I had been feeding about every 30 seconds.

I started at about 6ft deep cos there were no carp showing on the surface, upping the feed rate to every 10-15 seconds. 30 minutes on the method and I got no indications of fish in the swim at any depth! I was just thinking of having another look on the pole line when I saw a fish swirl at the feed. Quickly switching to the rod set shallow at about 2ft deep, I fed again and dropped the rig on top and the float buried instantly. The first waggler fish was soon netted with about 3 hours of the match remaining.

The weather started to brighten up by now and the odd carp was now swirling at the feed and things were starting to look up. Upping the frequency of the feed had brought a good number of fish into the swim and I was having good spells of picking up 2-3 in quick succession. I gave up feeding the other lines with 2 hours remaining and just concentrated on the waggler as I felt there were enough fish showing to see me out for the rest of the match and put together a possible winning net.

For the remainder of the match I continued to catch well even picking off a few larger carp off the surface on a floating mixer (noddy style). At the final whistle I had 31 carp in the net so was quite pleased knowing they will go well over a ton. The scales eventually come round and the best weight was Neil McKinnon with 124lb of waggler caught carp. I was very pleased when my 3 nets went 144lb to take first spot after a bit of a lean spell results wise.

This won me a good payout and the biggest trophy I have ever seen!!!! 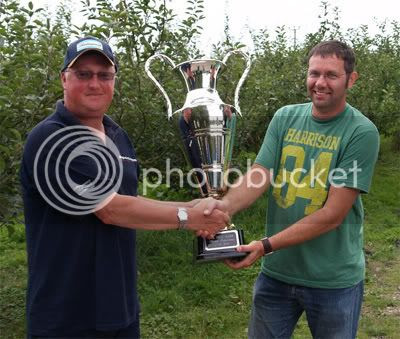 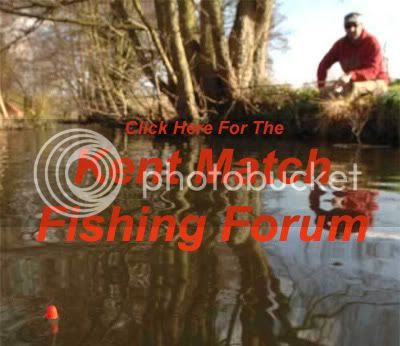